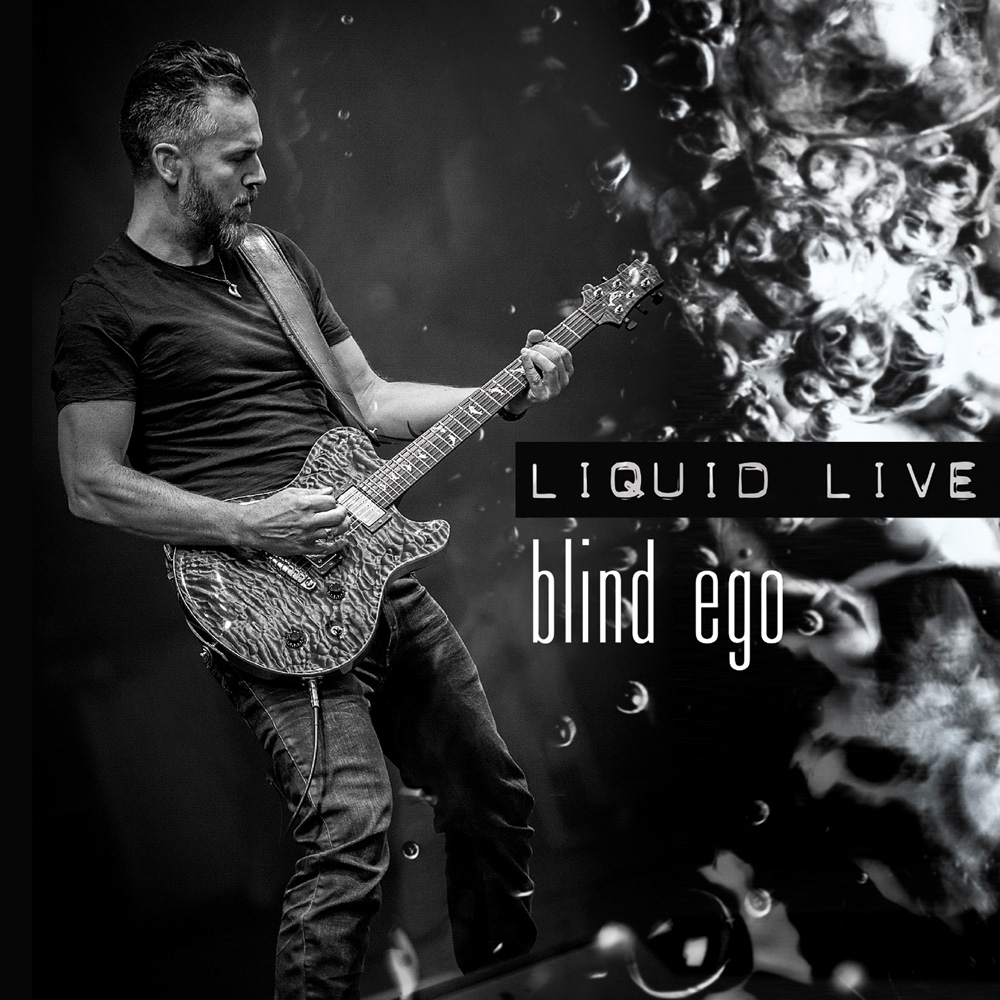 The rising tide just does not stop. Why would it? The same thing goes for Blind Ego. What seemed like an interaction of progressive and avantgardistic fever dreams has grown into one of Germany’s full-blown rock powerhouses that makes its way in a manner that is as perfectly precise as it is mercilessly consequent. With the occasion of the release of Blind Ego’s new live offering Liquid Live one can now experience Hamburg and as well as the open air stage at Loreley being taught a lesson in how the tides of rock work. What a treat!

Under the title Liquid Live the band now releases two spectacular recordings that were produced during the Liquid tour of 2017. In addition to the show at Hamburg’s sold out Logo the package also involves the recording of this year’s open air show at Germany’s beautiful Loreley Amphitheater. But during those shows Blind Ego does not only demonstrate its force, because more than anything Liquid Live is a testament to the band’s variability: no matter the location, be it a steamy club or a large open air stage, no matter the situation, Blind Ego sometimes sounds brutal, then switches to touching emotionality and can flavor all that with a pinch of sexiness – the flood named Liquid just cannot be stopped. It can be called an act of dramatically brilliant chance that the rain started pouring down on Loreley just as the band shifts into “Never Escape the Storm.” It is, however, no coincidence at all that every single fan stuck around to experience the show despite the storm. That is much more a sign of appreciation for that hard-working collective named Blind Ego.

Both the show in Hamburg as well as the Loreley concert showcase five musicians at the height of their game: rarely has European metal-infused progressive rock been played with more energy, gusto and technical refinement. This band has never been better and more mercilessly entertaining. Let the tide take you away, it is going to show you spectacular things!