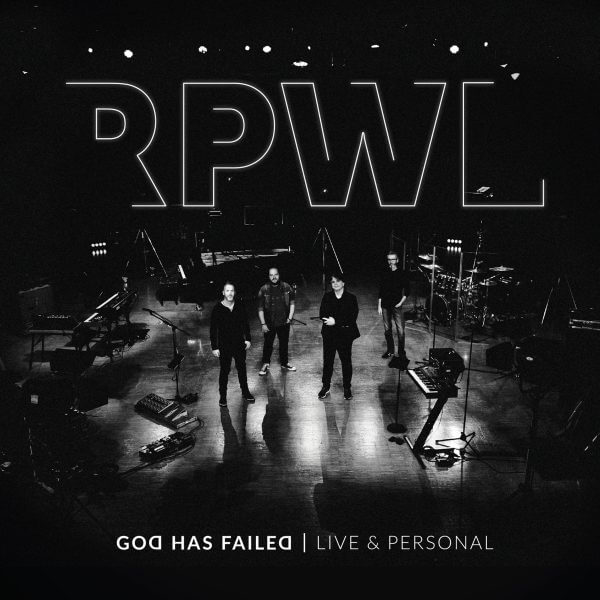 RPWL – oh yes, Pink Floyd… Now that the elephant in the room is out of the way, we can devote ourselves to the present album, because over the years it has been tried again and again to compare the Freisinger New Art-Rock formation with the legends from Cambridge. They started in the early 90s as a Pink Floyd tribute act and are archival connoisseurs of even the most obscure Syd Barrett songs, and every now and then a PF song can be found in their setlists. Such a comparison is flattering, of course, but 10 studio albums and seven live albums in 20 years, under the name RPWL alone, should be enough for a certain emancipation from the eternal analogies.

November 2020 was supposed to bring a large-scale, multi-week anniversary tour to mark the 20th year since the release of their debut album “God Has Failed,” but of course things turned out differently. So what do you do when you have a perfectly rehearsed band, but the opportunity to perform is pulled out from under your feet? Right, you film a live studio session of the entire album. Basically, it can be cautiously said that RPWL live out the concept of their 2012 album “Beyond Man and Time”. In a way, all artists are currently sitting in Plato’s cave, only kind of seeing a reflection of the real world, whatever that may and will look like. “God Has Failed” represents the band’s early days before they began to give themselves overarching concepts for their releases every now and then, starting in 2005.

There is a saying that you have a lifetime to make your debut album. The music was created together in the rehearsal room, the band name symbolizes the grassroots self-image of RPWL, because each of the musicians contributed equally. The album was not only a huge step away from the supposed identity as a tribute band, but also processed very personal experiences in its spherical-spiritual pieces. Singer Yogi Lang reflected intensely on his farewell to his recently deceased father. Saying goodbye, mourning and transience are recurring motifs in the lyrics of “God Has Failed”; the band’s penchant for thematic superstructures in their albums was already apparent at the beginning. This also highlights an exemption feature of this impressively productive band: the art of the album in times when this format is laid to rest by the media now and again.

But RPWL have never had commercial ambitions, the music always came and still comes first. If you really love what you do and have found ideal comrades-in-arms, that’s always contagious and success comes as if by itself. Thus, over the past 20 years, a career has unfolded for the band that they might not have dreamed of. Concerts in Canada, USA, Mexico, WDR Rockpalast, international chart successes, even in the Top 50 in their home country with their 2019 output “Tales from Outer Space”.

Thus, a very special whiff of nostalgia wafted through the hall during this production, the shared journey has made the band members grow even closer together, as RPWL has long since become a hybrid of the sum of its individual members. The band formed a circle and, with the possibility of eye contact, created an ambience that made the sprawling jams intimate, partly experimental, but always familiar. Master guitarist Kalle Wallner sings epic lyrical solos on his Nik Huber guitars, while his Gilmour Girls contribute spherical expanses with their superb choral vocals that push the horizon away into infinity. In addition, vintage Moog sounds and even a concert grand piano were used. “God Has Failed” is the status quo of RPWL live 2021, as close as you can get to them at this time. You experience a band that is fresh, optimistic and at the peak of its game.

With “God Has Failed” you can bring RPWL into your living room, the production as always meets the highest audiophile and visual standards. The set-up of the band and the well thought-out camera movements create the feeling of being right in the middle of things, maybe even more than at a ‘classic’ live concert. While long-term fans can indulge in many memories like the band itself, the material still sounds so fresh that it could easily be a current RPWL release. So this 2021 release is both a full circle statement and a representation of the unbroken excellence of this band.

No expense was spared on the package. RPWL show what fan love means: “God Has Failed” is released digitally and physically. In this case, physically means that a double vinyl will be released as well. The latter will also include two recordings of Pink Floyd interpretations, performed live in the studio in 2000, when the debut was recorded. Furthermore, this special ‘concert’ will be released as a Blu-Ray and DVD. The original line-up takes to memory lane and revels sympathetically in the reminiscences that this production naturally brings. “God Has Failed” will be released on April 30, 2021 via the Gentle Art of Music label owned by Wallner and Lang, distributed by Soulfood.