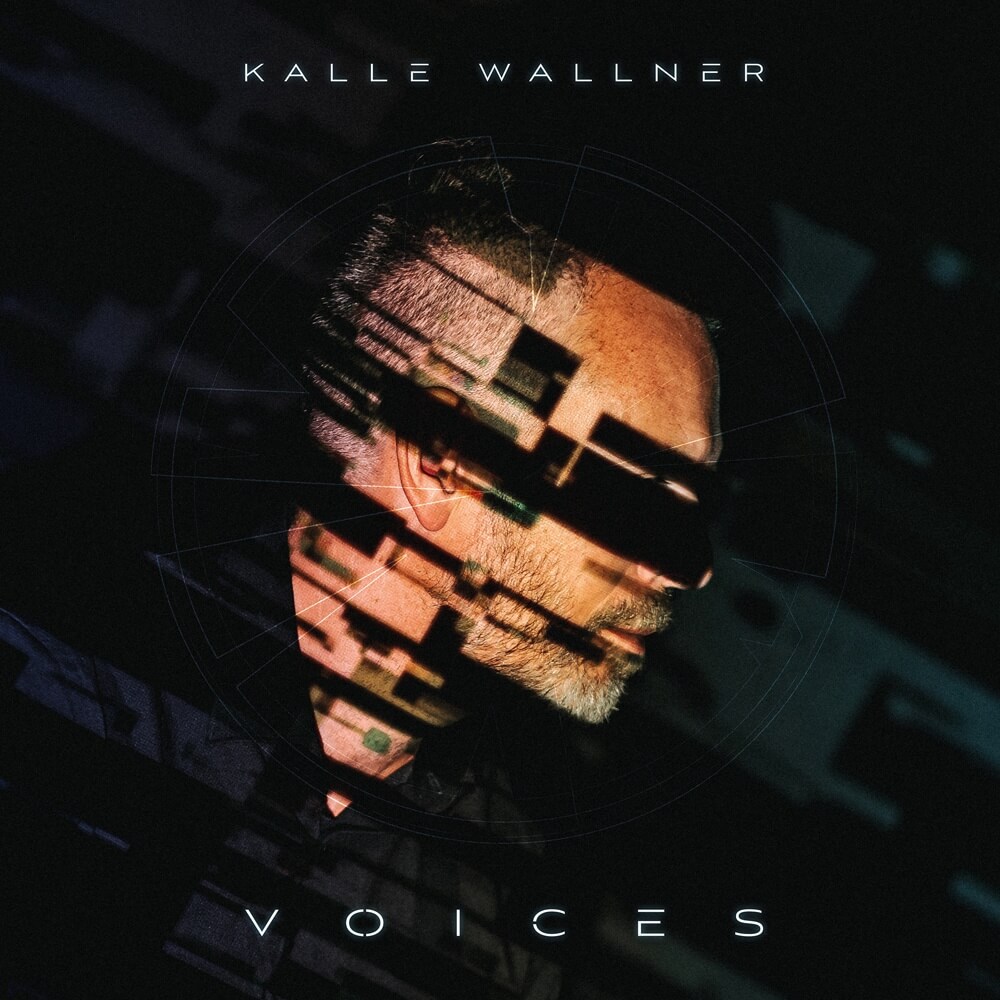 It’s a known scenario. One sits in their own studio in the lockdown between noble guitars and tons of equipment in front of the mixing board and tinkers with ideas, but has the mild impression of gradually going insane, losing it. After twenty years of full throttle, you’re feeling run down, yet the head is still racing in cette pace. Well, it’s a known scenario if your name is Kalle Wallner at least. To drive down his immense output, however, that has never been an option. So the ideas, fragments and motifs piled up and on an indeterminate evening he leaned back and had to accept the fact that he had an instrumental album on his hands. That’s pretty much how “Voices” came about, the now fourth solo album by the busy musician from Freising/Bavaria.

He composed and produced seven tracks, pragmatically just numbered serially. Although one looks in vain for pragmatism here, because the never overloaded opulence is an integral part of Wallner’s music. “Voices” is, of course, first and foremost a guitar album. One shouldn’t expect a mere collection of fretboard acrobatics. Rather, the tracks are in a specific order for a specific reason since they build upon each other, grow from each other and follow a collective narrative, an undertow if you will. Motives, scenes and themes reappear constantly and display the care for detail and the coherence of the overall plot. Last but not least, the graduate guitarist is also a longtime endorser of the noble brand Nik Huber Guitars, an entente already illustrated in the 2017 documentary “Blind Ego – From Idea to Reality”.