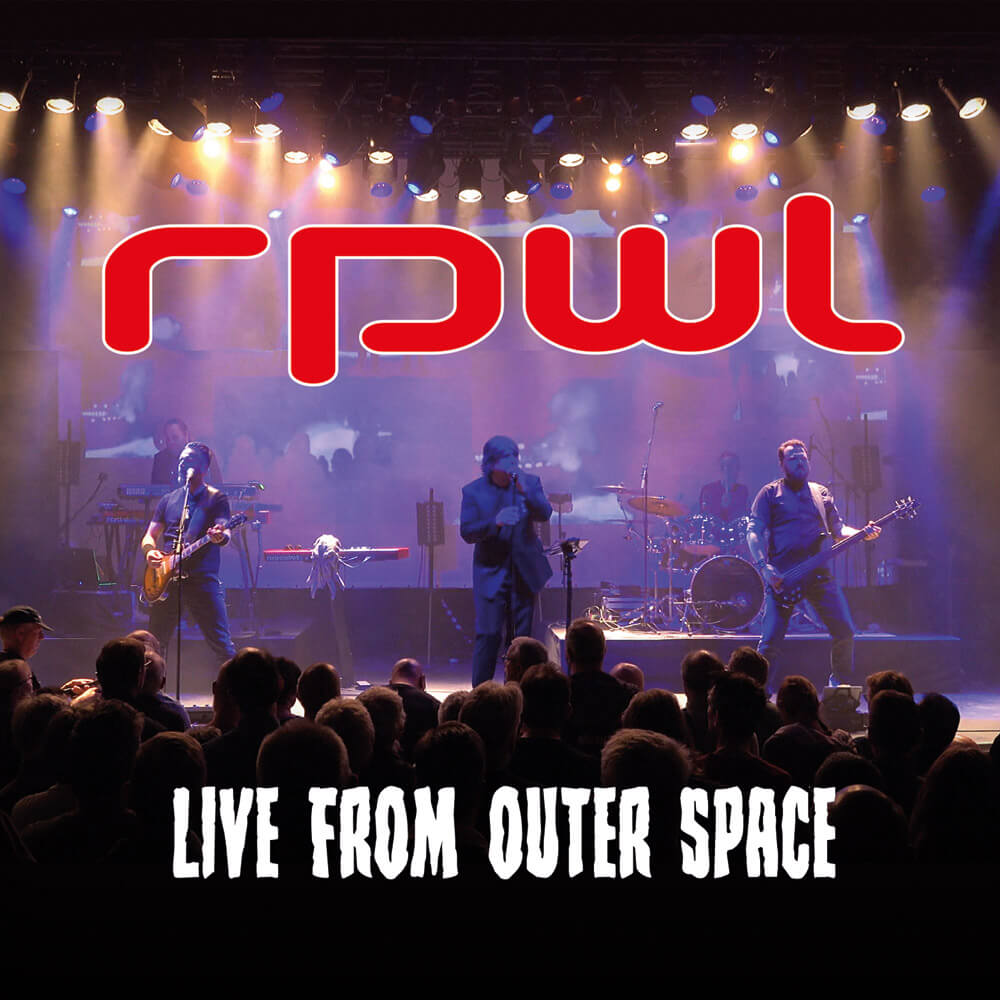 The Return of the Space Cowboys

“Tales From Outer Space”, the tenth studio album by RPWL, the subtle art rockers from Freising, entered various charts, reached a remarkable 49th place in the German album charts and successfully put science fiction at the centre of seven great songs. This was followed by a fantastic tour in April 2019 from Glasgow via Warsaw to Basel, France and Germany with many full and sold out houses. But most important for the band was the enthusiastic feedback from the fans, who unanimously spoke of the “best RPWL tour ever”.

Therefore the decision was made to release a seventh live album with “Live From Outer Space” after ten studio and six live albums. It will be released on November 15, 2019 on CD, vinyl (each as a double set) as well as on Blue-ray and DVD. Another reason: “RPWL’s live versions are often different than in the studio, many parts are much more extensive, often jammed live,” explains guitarist Kalle Wallner.

Conceptually, sci-fi played a central role at the gigs as well as on the studio album. The complete album can be heard – with some extra songs from a band history that goes back to the year 1997, of course – accompanied by a harmonious light show with video clips designed for the respective songs. You can tell the band had a lot of fun with the concept as well as with the realisation on stage and so some solos actually have a sunrise over a newly discovered planet!

The film was shot at the outstanding performance in Zoetermeer (NL): “The Culturpodium De Boerderij in Zoetermeer was the perfect place – great stage, great light, you could say it is the Dutch prog temple. We have been playing concerts there regularly for eighteen years now, so we have a long and very friendly relationship with the venue and the crew,” says singer Yogi Lang. Fueled by the great feedback of the fans and the press, new dates are scheduled for November in Germany and again in the Netherlands.

Sebastian Harnack (Sylvan / Blind Ego), a friend of the band for many years, was responsible for the deep tones on this tour. He already filmed the concert film “A New Dawn” and the two single videos “A New World” and “What I Really Need” for the current album.

This tour was documented by “Live From Outer Space”, a live album that is hereby recommended to art rock and sci-fi fans alike!